Our friend Grru is a legendary mountaineer, brother of Rru, a mythical character who usually comes down from the mountains to help children in difficulty. Grru’s rough appearance betrays his noble feelings and he is often misunderstood by "civilized" men who consider him a little too rude.

Grru knows how to reveal the secrets of his mountains where he has lived for a long time only to those who know how to listen. However, he prefers to talk to children. Grru often hides in the woods and remains there to observe the strange behaviour of human beings who now have lost their harmony with nature. While observing them, Grru laughs at clumsy and awkward people who he doubts could walk in the dark and with a broken leg, like him. In fact, Grru would do just that as he knows all of the most difficult paths of his mountain like the backs of his hands.

However, Grru will only show himself to the lucky ones and when he does, he usually offers some advice. 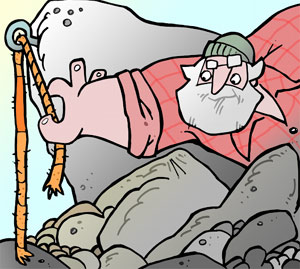 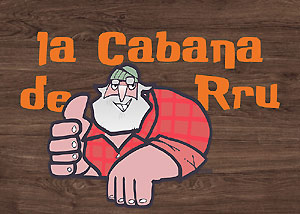